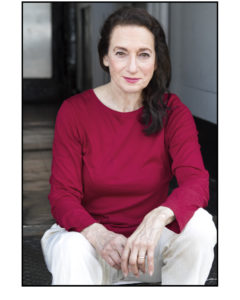 TAMIR is an actress, poet and playwright, author and performer of five one-woman shows “In the Land of Israel” and “I Belong Elsewhere” which she adapted from the books of AmosOz. “Poetry on Prayer” also on CD is an interfaith celebration of the human spirit. Some of her roles are: Maria Callas, Medea, Bernarda Alba, York in “Richard II” and Leah in the “Dybbuk.” Her new solo play “Now” is about suicide awareness and healing through Shakespeare, dance and faith. She is currently writing “The Embrace” a play for four women about dying consciously and the struggle of letting go. She recently received the Pinnacle award for Best Supporting Actress for her role in the movie “Tarab.” She has appeared on “Law and Order, SVU” on “Jessica Jones” and “RAMY.” As a voiceover artist she has recorded over twenty books.
Also see www.rumi-wayoftheheart.com