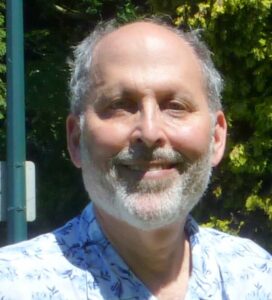 Don Azar Baksh Weiner is a retired Ph.D. psychologist in Corpus Christi, Texas. He did his undergraduate work at Cal Tech and Stanford in math and honors psychology, and received a Ph.D. in counseling psychology at the University of Texas at Austin, where he did the first doctoral dissertation on meditation. He was a student of Pir Vilayat Inayat Khan for 25 years, and is a Murshid (senior teacher) in the Inayatiyya (a Sufi Order). He has written GPS for the Spiritual Journey and Upgrading the Operating System of the Soul: A Manual of Quantum Sufism (with a foreword by Pir Vilayat Inayat Khan). He and his wife Diane have written The Gabrielite Work – Broadband Spirituality for the 21st Century and have a forthcoming book, Awakening as a Human*Divine Being. They have developed a synthesis of their work together over the years called the Gabrielite Work, which offers advanced spiritual methodology integrating contemporary scientific discoveries with the wisdom of ancient Sufi traditions. Don has taught a number of series of classes which are available on YouTube on his drdonwcc channel including God and Science, Broadband Spirituality for the 21st Century, and Spiritual Awakening as Service to the World.