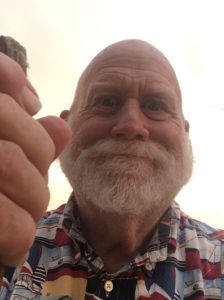 Producer-director Amin Dawdy has had a distinguished career as a motion picture producer, journalist, and businessman. As a student of the Sufi Inayat Khan, he is now the Writer-Director-Producer of My Heart’s Song, a documentary motion picture about the early days of the poet and influential musician who has helped shape 21st century culture.

“My desire to tell this story is to spark new interest in Inayat Khan by showing how his times and experiences as a youth shaped his remarkable spiritual philosophy,” says Mr. Dawdy.

Mr. Dawdy began his career as a reporter-photographer for the Lewiston, Idaho, Morning Tribune with a Wall Street Journal Newspaper Fund Grant. After attending college at University of California campuses, he edited the UCSB college newspaper and the off-campus literary review. He graduated with a B.A. in History from U.C. Riverside.

He became interested in the Sufi path espoused by Inayat Khan while in the travel industry. After years of studying the works of Inayat Khan, this led to Mr. Dawdy’s four month research trip to India in 2014 in preparation for his greatest project yet, My Heart’s Song.